Digital Addiction and the Rise of Human Robots

Human robots. They’re all around us. Although the path of the ninja requires radical self-reliance and independence, it also means using any and all things, including technology, to fulfill one’s destiny. They key here is to use the thing and not let the thing use you.

Like cell phones, email & social media… and all the people (including me) who sometimes find themselves staring at a small bright screen for waaaay too long. 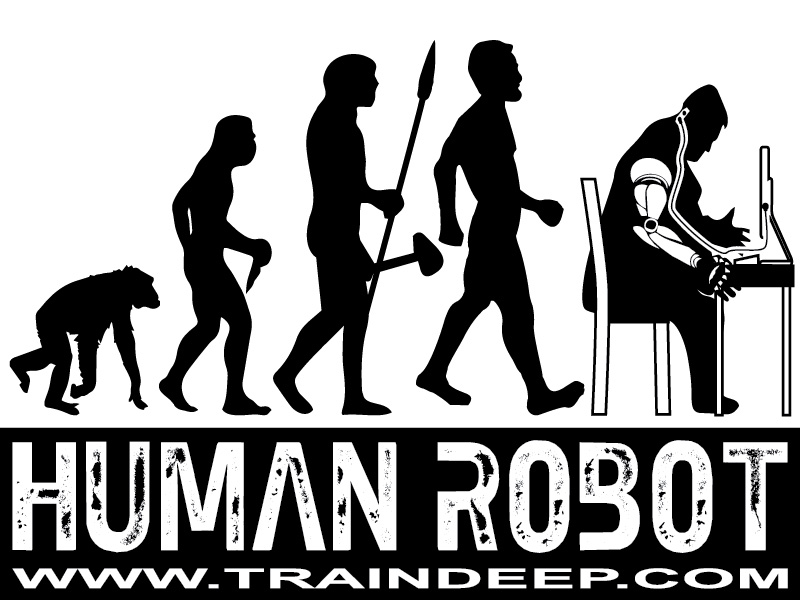 It’s funny that there exists an awesome video that helps bring this issue into a sharper focus, since it requires you to stare at a screen to watch, as does this blog post! Absurd, but such is the path of ninja, to resolve the paradox of one’s own life with supreme skill and grace.

Please note, the term #HumanRobot shouldn’t be used to beat people up with. De-humanizing people doesn’t help. At the same time, as a ninja we must accurately perceive reality. Use it to notice when you are behaving in an “automatic, habitually way that doesn’t support your greatness.”

And don’t feel bad. The truth is that what we’re looking at is really a “cultural pathology”. Most people in the “civilized” world are becoming mentally enslaved by their habits and dangerously dependent on their toys and technology. That’s why this post is titled “The Rise of Human Robots”.

Land of the free, home of the distracted.

But to be ninja is to be awake. Free. The exception to the rule.

What ways has technology challenged your communications and freedom? Do you snuggle with Facebook at night, in bed, under the covers?

How about that epic text battle between your friend that could have been solved amicably by a quick phone call or a visit in person? Do you check email compulsively, all day, starting first thing in the morning?

In-person communication is severely under-rated, it’s the only way to fully receive someone and pick up on all kinds of contextual clues, intonations and even feelings that are crucial to successful conversations. Some amazing research is showing that eye contact is essential for decoding the nuances of what someone is communicating.

My point? It’s not the # of connections you have that matters, it’s the depth of your connections. And often, technology gets in the way of just that.

Go ahead, confess your digital addiction below in the comments, I dare you! What’s the worst thing you’ve ever done because you were distracted by your phone or computer?

If it makes you feel any better, I once crashed a car because I was using my phone for GPS. Seriously, that shit happened. And it sucked.