Bad Ass Ninja of the Year 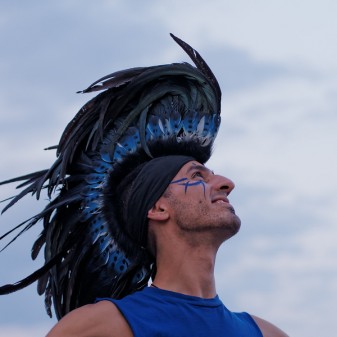 It’s Been One Wild Week

Thank YOU for making the last week such a huge success.  In just 48 hours, we had thousands of page views on this website, with the average visitor spending 7+ minutes on the site! That’s pure magic. We also had our first ever “Ninja Dance Party” and Bad Ass Ninja of the Year awards ceremony, but more on that later.

I wonder how many of you were looking for the hidden Simpson’s Ninja with the secret message on it? Well look no further, its right below. 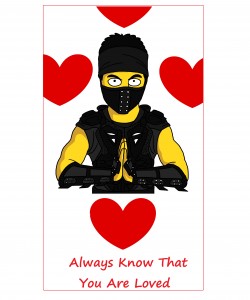 The first ever “Ninja Dance Party” was a total blast! Over 50 people came to celebrate the launch of TrainDeep.com, and to celebrate in the traditional ninja manner: with fake mustaches, face paint, wild art balloons, and super hero costumes 🙂

But the real inspiration for the party was all the amazing fitness ninjas who made Ninja Fitness Camp so special this spring. We had 2 big awards to give away – to acknowledge the ninjas of the tribe who inspire the rest of us to keep reaching for new heights.

This award goes to the fitness ninja who attended the most # of Ninja Fitness Camp sessions. Just showing up is 90% of the battle! We often get too focused on long term “outcome based goals”. Then we get frustrated when it seems like were not making progress fast enough, even though we are making real progress, and we get demotivated.

Focusing on a “process based goal”, i.e. just show the fuck up, helps sustain motivation throughout the short term.

And the award went to none other than…. German!  He’s been to nearly every Ninja Fitness Camp since April. Wow. This man is pure magic, in case you couldn’t tell from this photo. 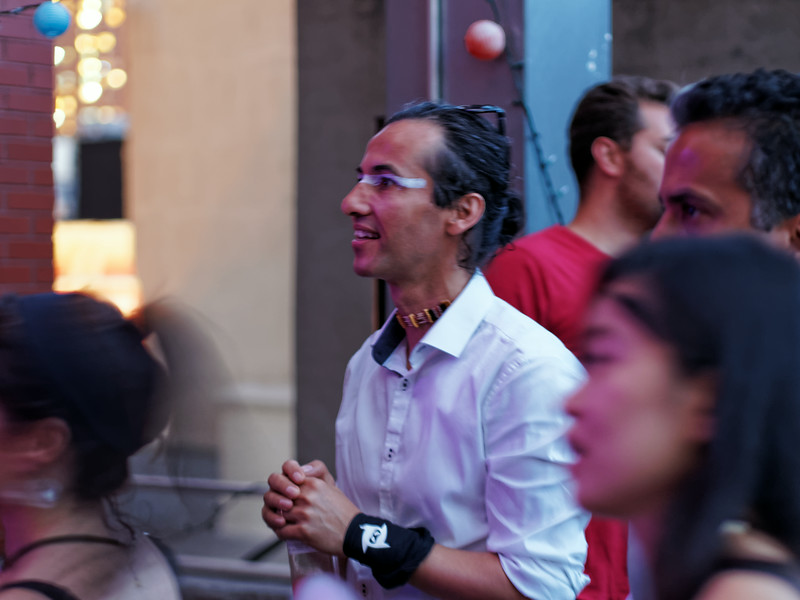 The most coveted award in all of ninja land goes to the fitness ninja that experienced the most radical transformation in their body, mind, and life.  And the award this year went to Jillian! 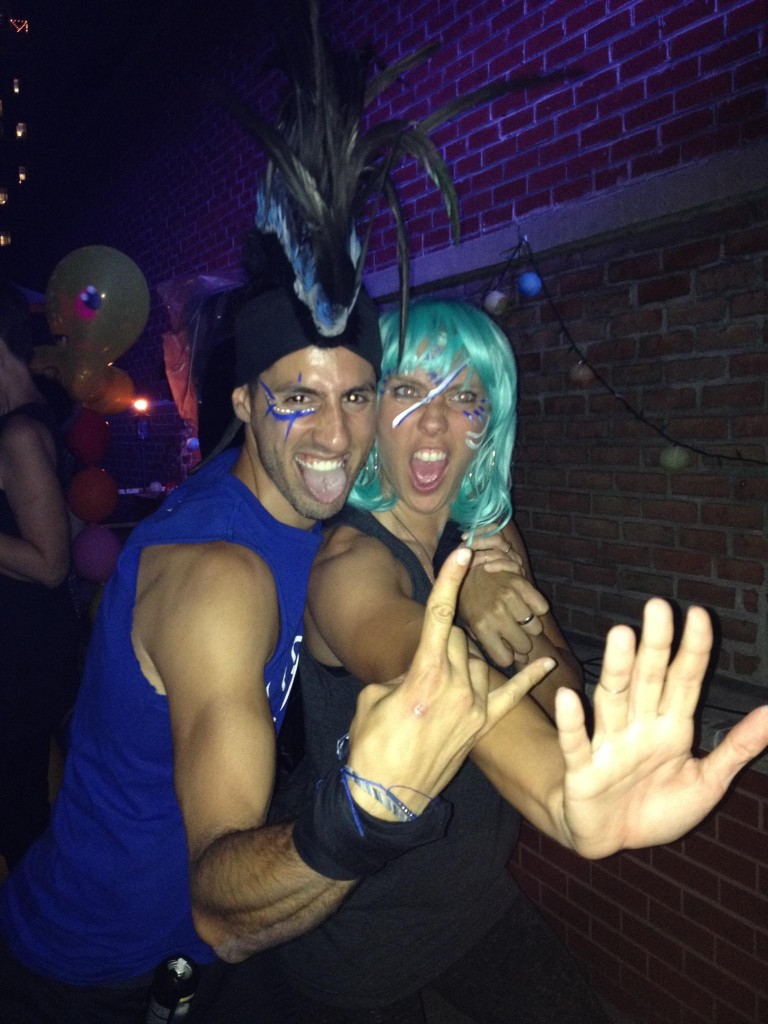 Jillian is one of the most kind yet powerful people you’ll ever meet, truly beautiful from the inside out.  Through our ninja training, Jillian has been able to shave off 9 minute from her  PR for a half-marathon (1:41), broke a 6minute mile for the 1st time ever (5:54) and a WHOPPING 23minutes off of her marathon PR (3:29). Not only that, but she ran these PR races with way less joint pain than her previous slower races.

But actually, all those cool PR’s are not the reason Jillian won our ninja of the year award. They are a results of the real reason she won – because of her courage.  This is the only way to win Ninja of the Year. 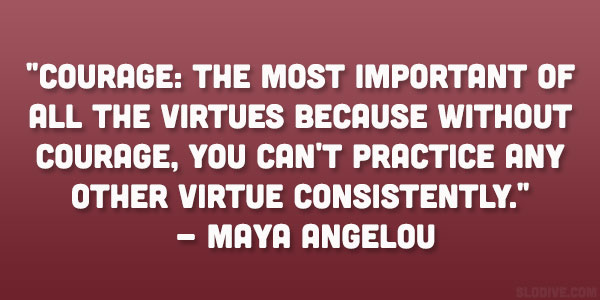 To achieve these goals, Jilly had to sacrifice her psychological attachment to certain kinds of working out (i.e tons of endurance training) and try a radically different program (with way more intervals, strength training, power training, and recovery/regeneration.)

To MOST runners its not only counter-intuitive, it actually seems crazy; run less, rest more, do intervals, strength train, and you’ll not only run faster, you’ll do it with less pain.

Right now there are a countless number of endurance athletes, all the way from amateur to pro, who are over-training. They think the only way to run faster is to increase volume and run more miles.  As a ninja I wear many hats, and one of them is a strength coach hat, whatever the f_ck that is – which means I understand the body’s energy systems and how to optimize them.

But what I know doesn’t amount to jack ship if the ninja isn’t willing to try something different. That’s the super hard part that nobody likes to admit and talk about.

Less Is More and the Courage to Change

We all get psychologically attached to certain kinds of training, usually the kind that make us feel good about ourselves, or strong, or fast. The stuff that’s worked in the past.  The problem is our body needs variety, if we do the same thing over and over again we are inviting imbalances, compensations, and eventually chronic injuries.

Jillian was already an excellent runner, but in order to get to the next level she had to embrace the “less is more” principle and try something radically different.  The uncertainty of change is too much for many people, and they prefer to slowly destroy their body by doing the same thing over and over again, rather than try something new.

So instead of running 5-6x/week, we cut that down to 3-4X/week, add 2 strength workouts, and we did anaerobic intervals and less aerobic training.  That just a fancy way of saying “if you want to run a faster race, you have to practice running faster!” So simple.

I know, this may not seem like the same kind of courage it takes to run into a burning house and save a kitten. But actually, I think it is the same thing, just to a lesser degree. Both running into a burning building and trying something new require the courage to face uncertainty and say “no matter what, I’m going to be ok. I’ll give it a shot.”

And the more courage you practice with yourself, the easier it is to be courageous for others. Plus, you’ll be super fit and able to hold your breath for a long time, so you can rescue more cute kitten from the inferno.

No only did she face her running demons, Jillian demonstrated leadership for the other ninjas, brought new people into the tribe, and inspired everyone with her humble greatness. Her heart is pure and she shares it generously. And that is what it takes to be a kick ass ninja. Congratulations Jillian!

Special Thanks to My Sister

Kristen, who not only hosted the party, and cooked the most amazing NinjApetizers, but also made a special Ninja Elixir – vodka, soda, fresh strawberries, and muddled mint – which was both super delicious and deceptively potent. 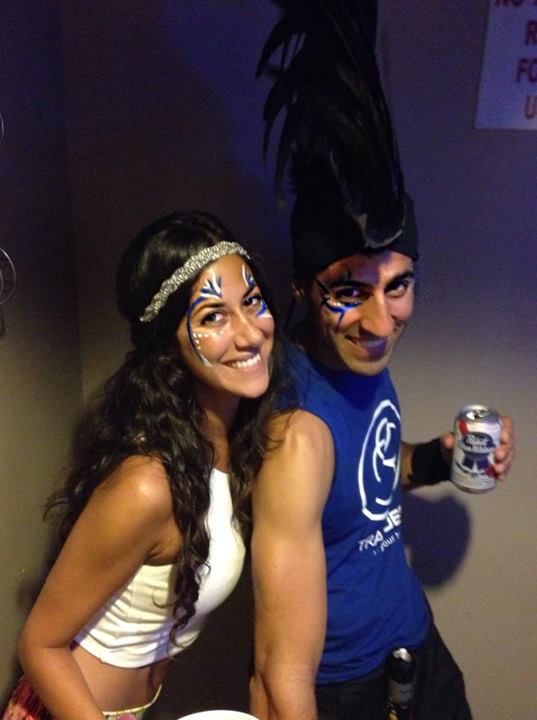 Kristen and me and PBR – The official drink of summertime ninjas.

Congratulations to Our Contest Winners

These were the 1st three people to find the hidden Simpson’s Ninja on the blog, congratulations! 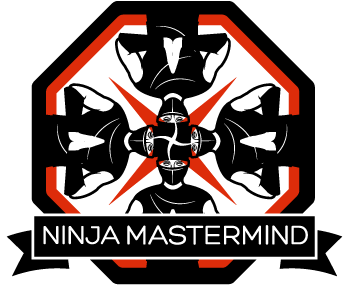 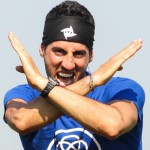 More Photos From the Party 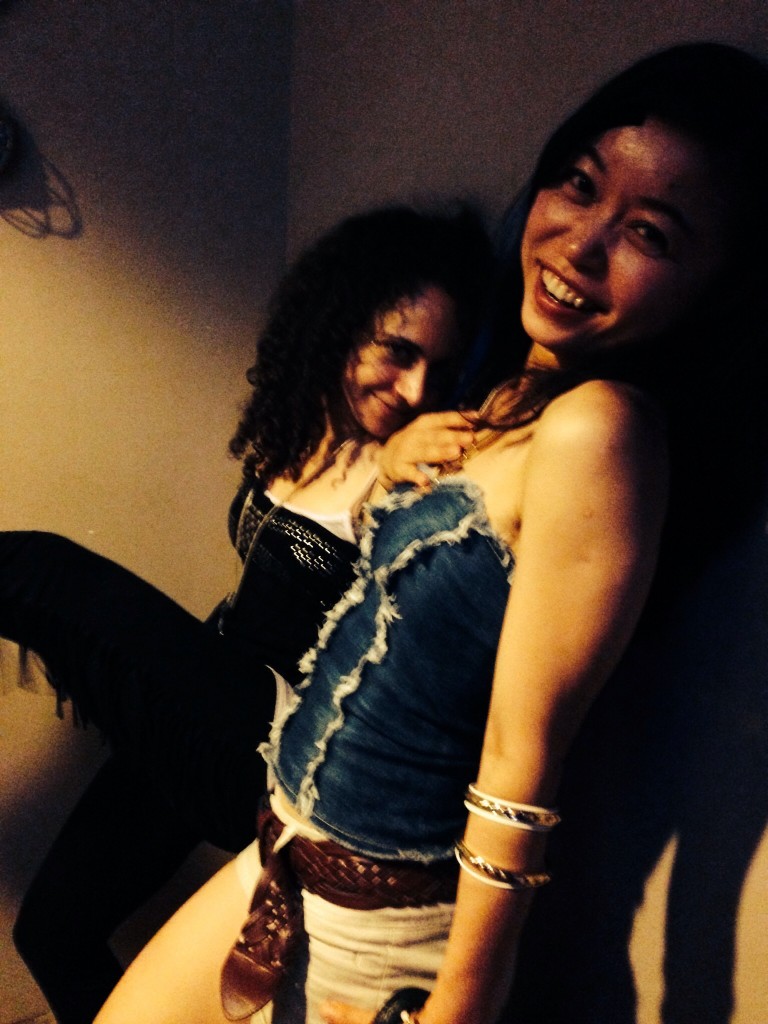 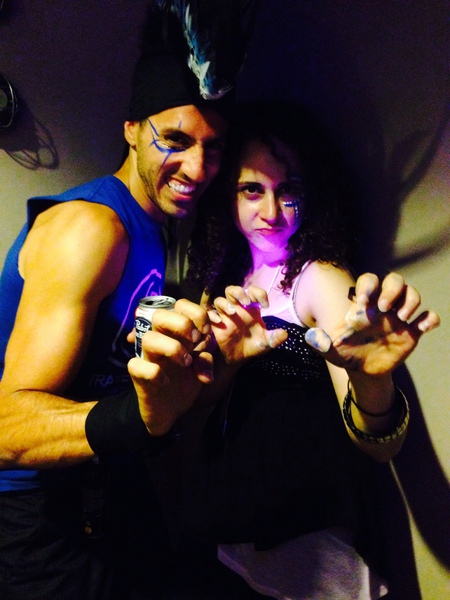 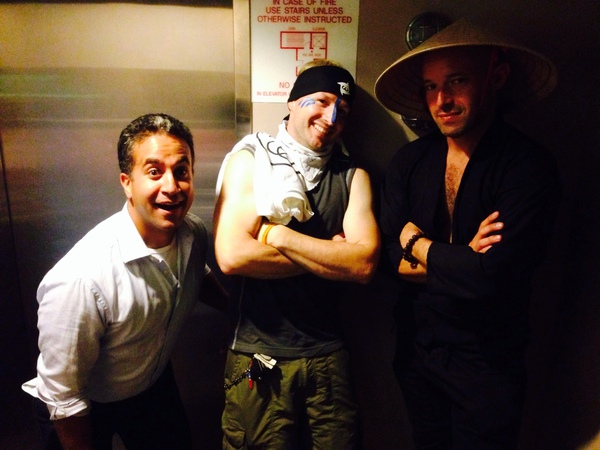 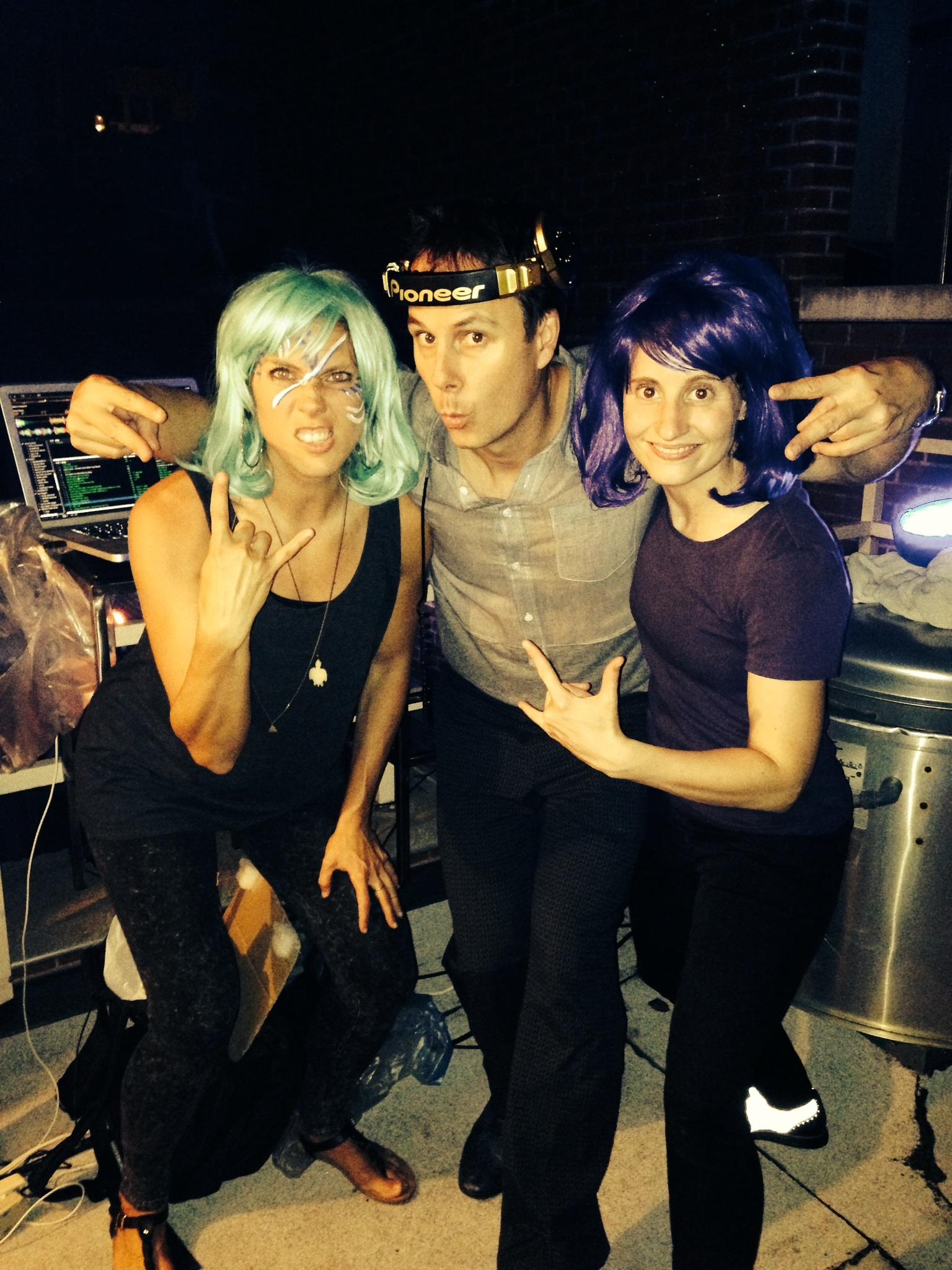 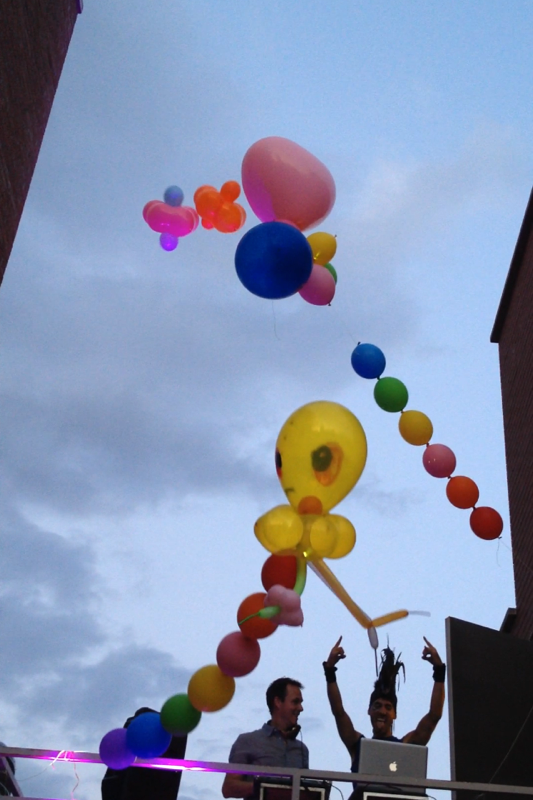 Balloon installation by legendary artist and close friend Cern One. 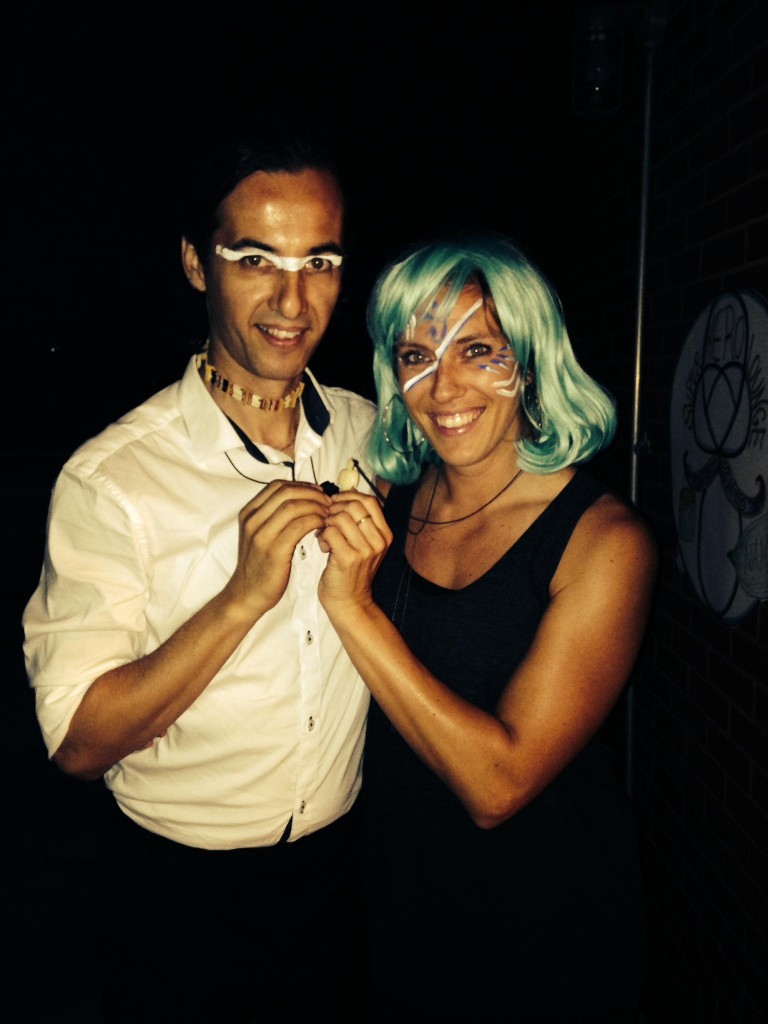 Huge congratulations to our Ninja Winners! They both received a magic necklace I bought on the other side of the world in Bali! 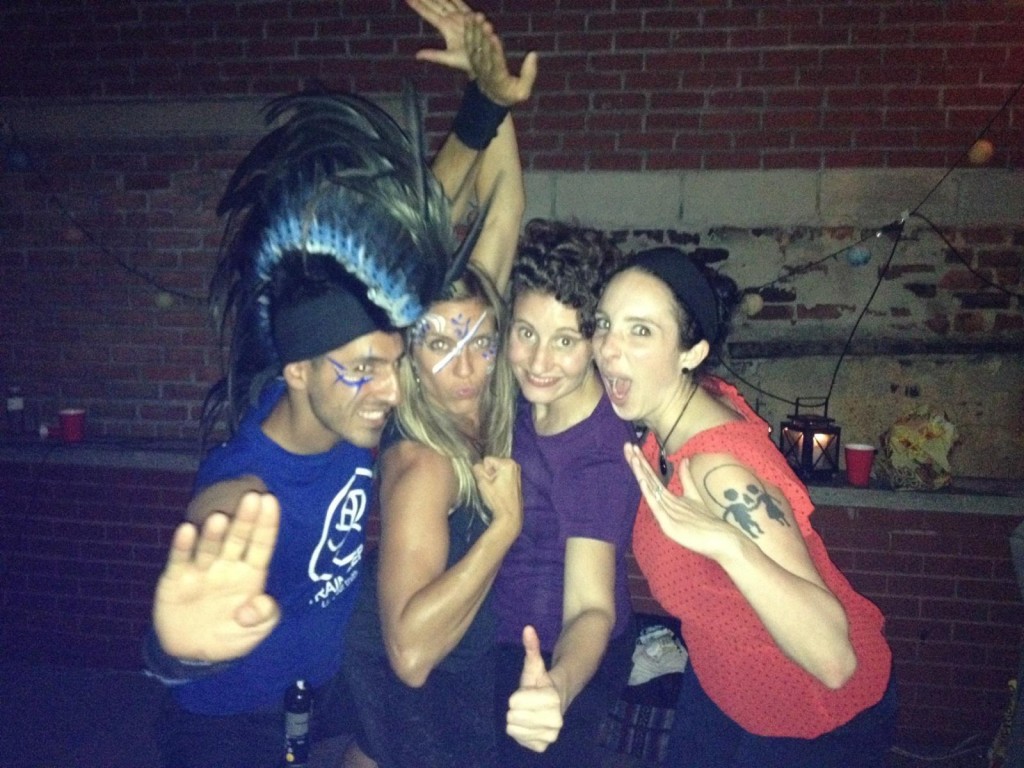 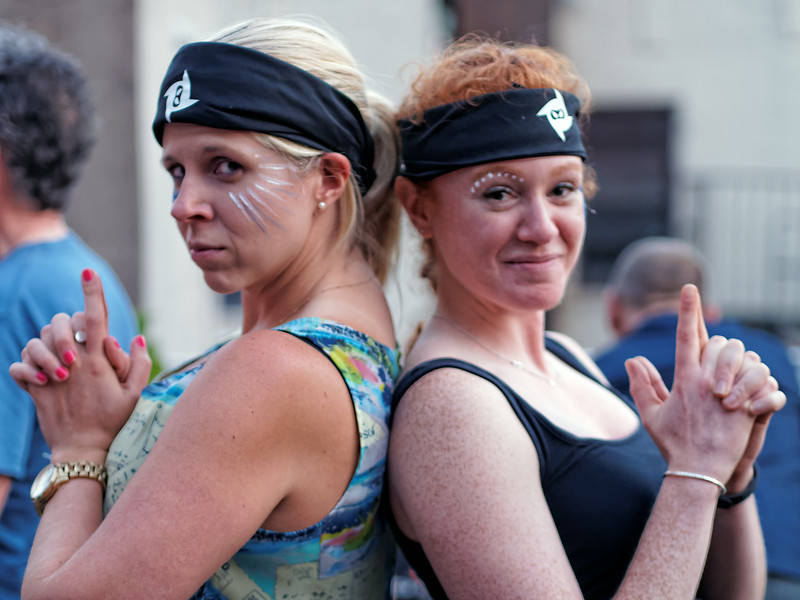 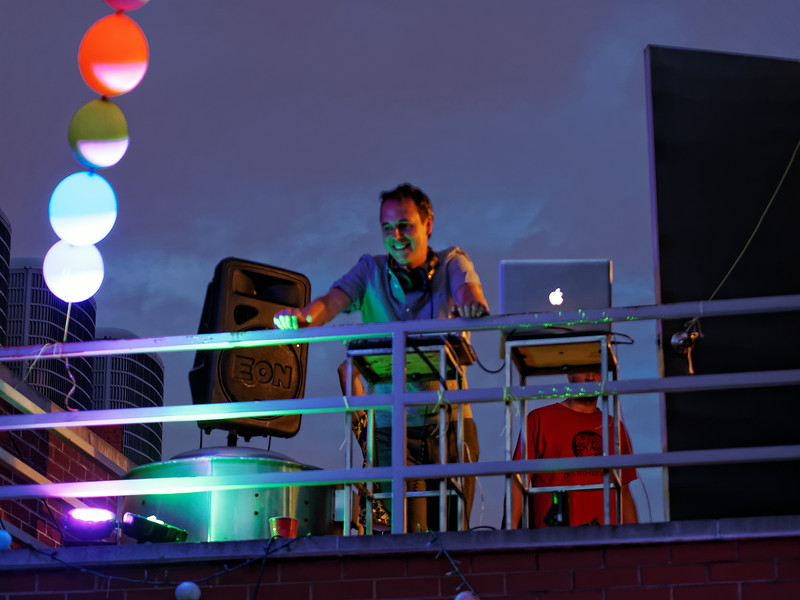 Huge thanks to DJ SugaShand, who got super ninja on the turntables and at Ninja Fitness Camp. Photo: http://www.cwwphotos.com 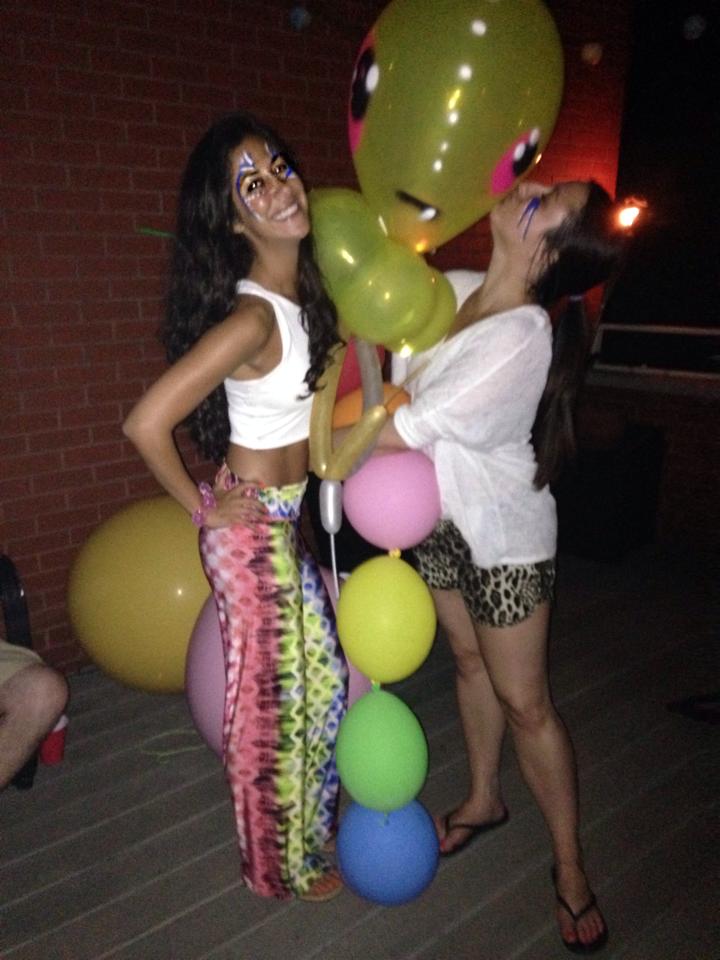 We’ve got some super cool and unique events planned for later this summer, including a Ninja Bike Ride, and another Ninja Dance Party in the fall. If you are in NYC, be sure to join the TrainDeep Meetup Group to get notified of all the upcoming events.

Thanks to everyone for making the last week so amazing.  And huge thanks to all the amazing pros who made this website so freakin’ sexy, especially Copter Labs, Pixel Mobb, Layla Studio Photography, Collin David, and Julieta Cervantes.